His sponsors couldn't have written it any better.

MORE: Ronaldo: A star playing on the biggest of stages

After being all but absent for most of Real Madrid's UEFA Champions League final matchup against rival Atletico Madrid, international superstar Cristiano Ronaldo scored the game-winning penalty kick to lift his team to a 1-1 (5-3) victory in the most prestigious competition in all of club soccer. Then, of course, the striker, also known for his cover boy looks, ripped off his famed No. 7 jersey, showing off his chiseled core in celebration.

What a man, there is his big moment in a Madrid kit. Congrats @Cristiano https://t.co/iEFAjyzNaQ

Real Madrid got on the score sheet first when Sergio Ramos found the back of the net, tapping in a Gareth Bale header in the 15th minute. Atletico didn't provide an equalizer until Yannick Ferreira Carrasco scored in the 79th minute.

The teams played to a draw through the rest of regulation and a pair of extra periods, forcing the game into penalties. Ronaldo's game-winner followed a Juanfran miss off the left goal poast.

Ronaldo's goal was his 52nd of the season in all competitions and his 17th in 13 Champions League games, but really look at those abs. 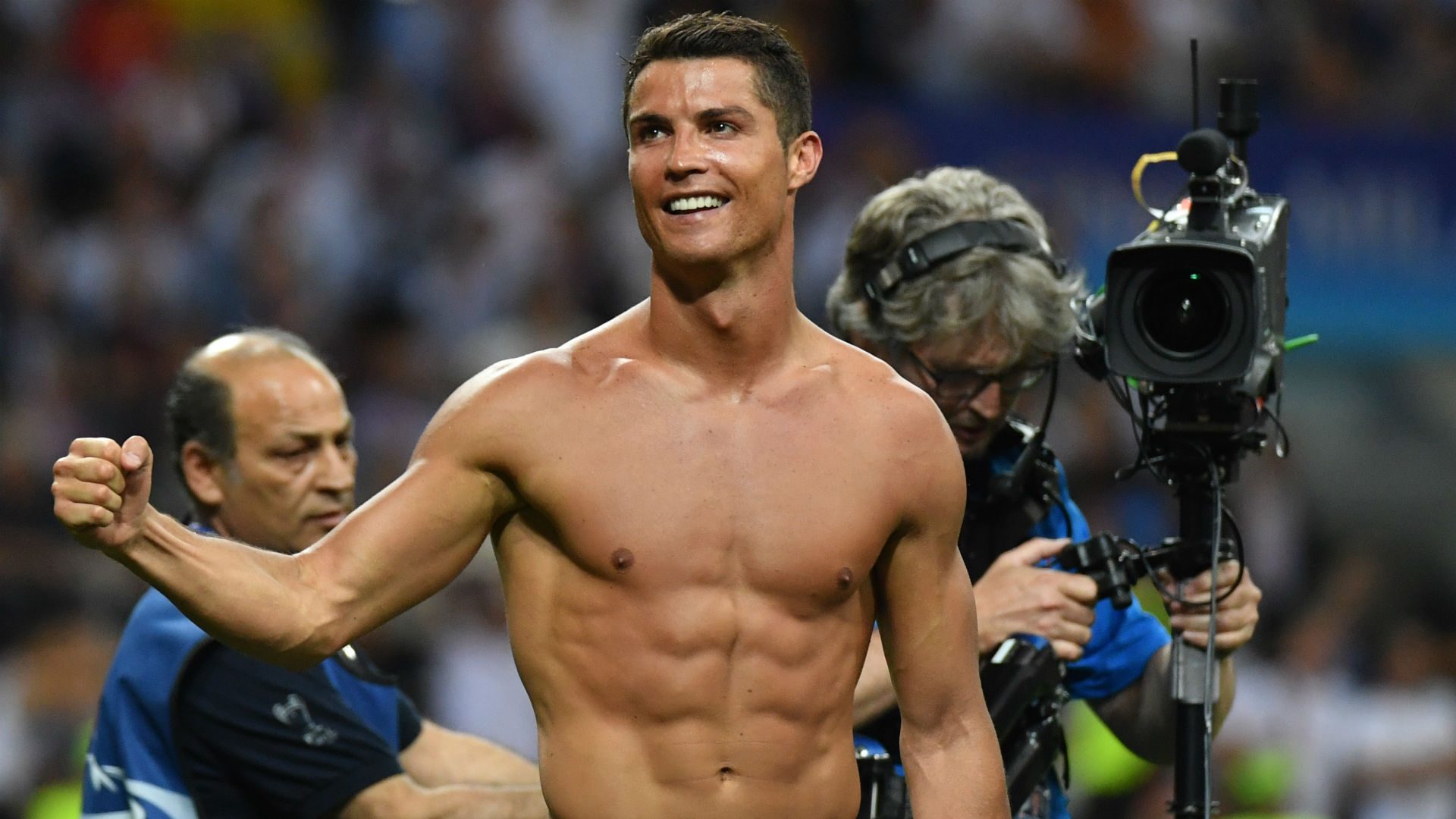