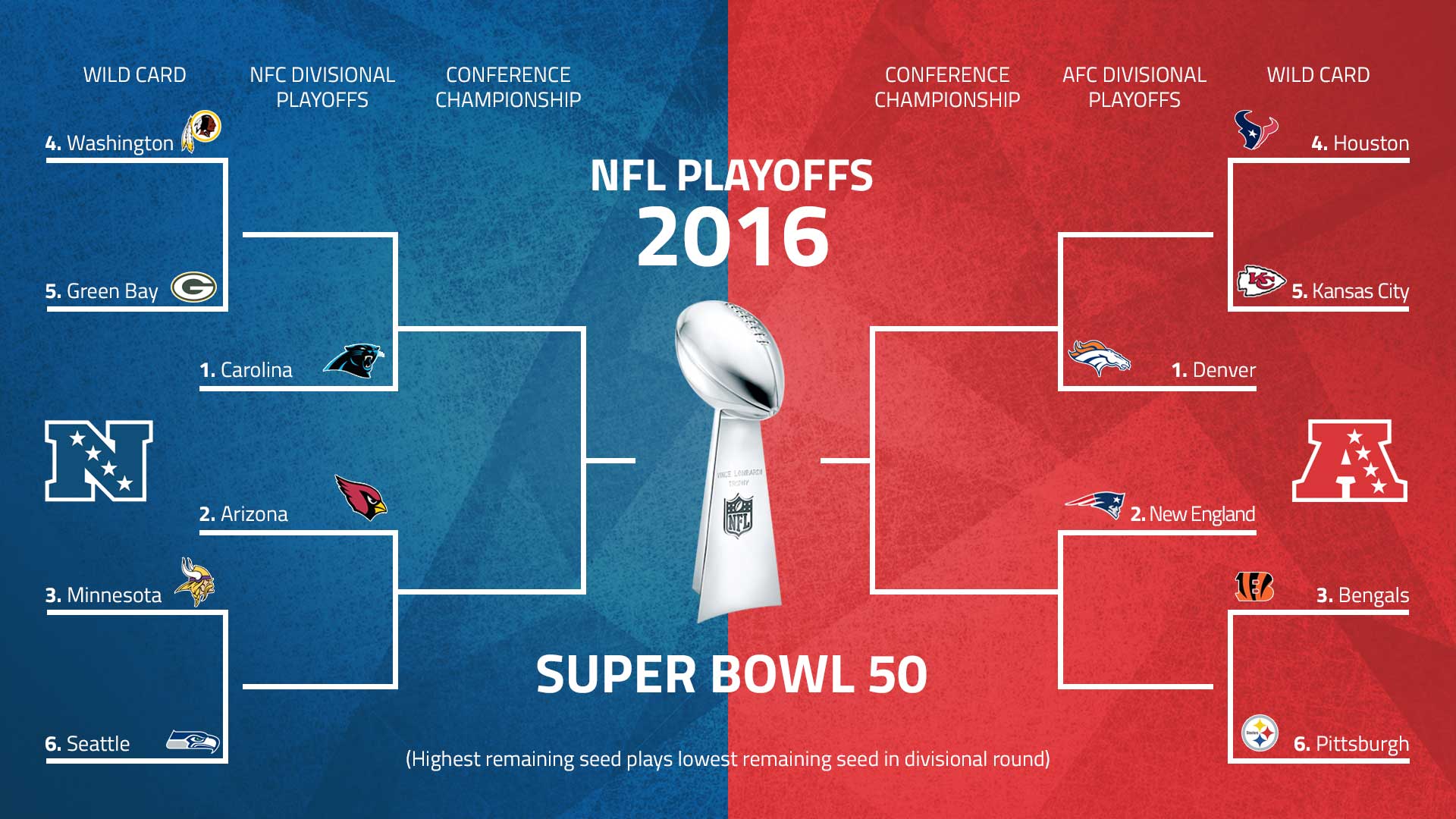 Back in the heat of the summer, during the training camp grind and preseason rehearsals, every team was gearing up for a playoff position. Not all made it. For example, the Jets bonked at the end, letting the Steelers in.

But for those that did, it's game on. The Panthers and Broncos secured home-field advantage. The Seahawks played like a team determined to find a way to a third straight Super Bowl. The Patriots come into the playoffs with a lot of question marks, but more positive history on their side.

Let's blow the whistle, kick it off and see how this whole thing plays out on the road to Super Bowl 50 at Levi's Stadium in Santa Clara, Calif., on Feb. 7. The divisional playoffs are Jan. 16-17, followed by the AFC and NFC championship games on Sunday, Jan. 24.